Here’s the second distro from mr. pr0n’s realistic pentest discs. This one was quite fun as I had almost zero experience with Joomla front ends, which so happens to be the entry point on this disc. A little disappointed with the finale, but overall impressed with this disc. With that, the iconic nmap:

Much like the first one, we’ve essentially just got an HTTP server. Port 666 is tagged as Doom, but its likely there’s something else on there. 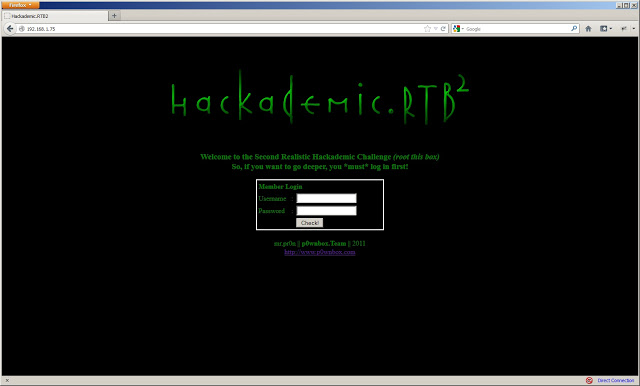 There’s the main page. Doesn’t look to be hosted on a web platform, and it doesn’t appear to be vulnerable to any SQLi. Running a few queries… 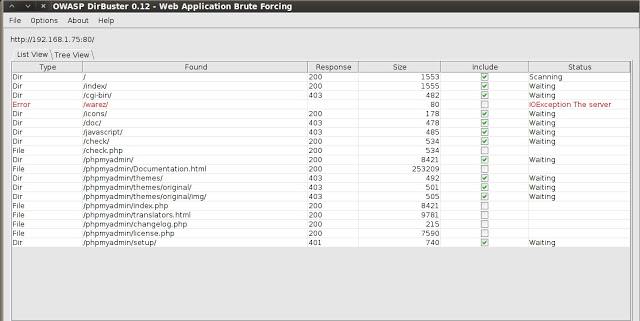 There appears to be a phpMyAdmin not locked down, but it doesn’t appear to be vulnerable to anything right off the bat. Checking that 666 port again, connecting with netcat seems to dump out a bunch of HTML. Weird; connecting now…

It appears that port 666 has some form of port knocking or filtering enabled. It also appears to be hosted on Joomla 1.5. There’s an interesting SQLi for early 1.5 builds, but alas this one is already patched. This is the part where I had to do a lot of googling; I’ve only ever made cosmetic modifications to Joomla sites. The gist of evaluating a Joomla box is enumeration of plugins/modules and platform vulnerabilities. Plugins are typically found at http://site.com/index.php?option=com_MODULE. From there it’s sqlmapping, exploit-db’ing (when it’s available…), and googling. Fortunately I stumbled upon a tool that tossed a lot of this toil into a simple package; NBS 0.3 Joomla Addon Attack Tool. This came prepackaged with vulnerable plugin lists that evaluated their existence on the box as well as whether they were vulnerable or not. The tool required a bit of tweaking on my part to account for the non-default port, but otherwise it worked well:

Just like that I knew the vulnerable plugin and the query string to exploit it. This dumps:

Playing around with sqlsus, we find:

Looking up the Joomla 1.5 database schema, we find the users can be found in jos_users:

These passwords are stored as md5(password + salt), so we need to load them up into Hashcat or john and let them run around. As a note, I modified the hashes a bit to be in the form username:md5$salt

Well we got the two users, but no super admin.

I handed the hash off for further cracking elsewhere, but lets again take a look at the results dirbuster turned up:

Huzzah, root password hardcoded into the configuration file. Note that this is only the MySQL root password, although its entirely possible that its also the system root password. We know that there exists a phpMyAdmin listener, so lets log into that with our newfound credentials:

Now we’ve got root on the database and access to the phpMyAdmin console. From here, we can inject a backdoor that allows us to execute commands on the backend system. This method was taken from here, though it’s not exactly new.

First we create a new table:

Here we’re creating a new table, shell, with a single text field, Sauce, as a MYISaM container (more here). Next we’ll insert the actual shell interpreter into the table:

Next we’re going to need to dump to a php file for us to actually run with. This can be done with the INTO DUMPFILE sql command, like so:

How do we know to hit /var/www? By pulling the default apache2 config file of course:

Now we can execute commands on the backend:

As you can see, most everything in /var/www/ is owned by root, which would explain our inability to write anywhere. The ownership of configuration.php would also explain our ability to retrieve it.

We can’t yet read the configuration file (we’re www-data), but it appears that a port knocker is running. This is likely why I couldn’t immediately connect to the :666 Joomla site. Interesting.

Let’s drop a reverse shell onto the box the same way we did the command access.

The snipped area from the insert is just a PHP reverse shell, stripped of all apostrophes. We can now connect to it like so:

Now we’ve got a shell on the box as www-data. A little enumeration…

Bam. Answering a question I had before,

So we’d need to hit 7000, then 8000, then finally 9000 to get accepted. Fortunately a simple nmap of the box will enable this rule, so it really isn’t a very impressive port knocking tool.

Overall a fun disc. And if there’s any interest, I may pick up the Joomla attack tool and continue development of it.